Of the few surviving ancient theoretical documents on music, it seems that many of the systems were based on the idea of dividing a string or a resonating tube at various points with respect to the fundamental harmonic relationship of the octave. With exception to the unison, this interval has the simplest of all harmonic ratios, being 2:1. However, it seems that for the ancient Chinese systems, and the origin of pentatonic scales, the respective importance of the octave is somewhat diminished. Alternatively, the fundamental relationship of the pure fifth (3:2) is used to construct harmonic (intervallic) relationships. This piece uses the pure fifth as a primary fundamental (3:2), which is divided to form a pitch series formed through the symmetrical division of intervals by just intonation. Essentially this score varies between a textural, harmonic, and/or spectral structure. Most segments of the score have been realised within OpenMusic (Mac OS 9), which were then subsequently arranged within the Blue Csound compositional frontend tool (Windows XP). From here an audio render was obtained via the WinSound application (Windows XP). 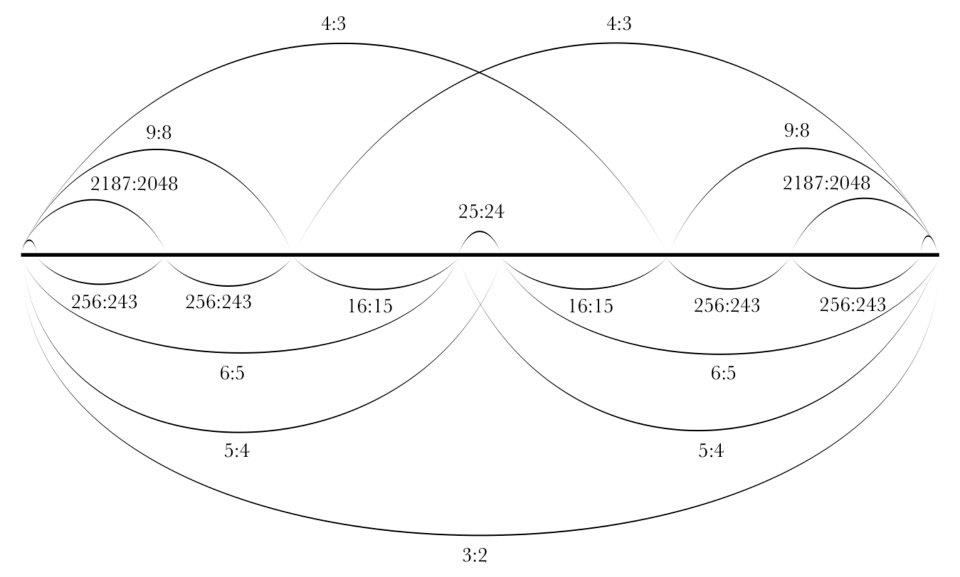 Friendly Firewire and Other Casualties of Infoland (2003)

Like the previous soundscape pieces, Inside a Box is concerned with the manipulation of audio; although this is not so much the core of the composition itself. Like in The Realisation…, Inside a Box follows a more profound inner meaning. The Box is a metaphor that works on many different levels. Besides the obvious that this piece was generated “inside a box” (or a computer), this piece represents a box as the restraints of ones own inner self, mind, body, and spirit, and the perceived bounds of existing within the systems of the state. The piece has been scored out entirely in the C programming language, and compiled using the opcodes within the canonical version of CSound. The piece explores many of the FFT based functions unique only to a handful of programmable software synthesizers. These include FOF and FOG synthesis, additive synthesis/resynthesis, STFT resynthesis, LPC (Linear Predictive Coding) resynthesis, convolution and cross-synthesis, some audio cut-up techniques, and some other features used in the processing of audio for spacialisation purposes (namely sound localisation and HRTF features). Software used in the creation of this piece include CSound canonical 4.23, WinSound 4.23, Hydra 1.1, CSound Heterodyne, Phase Vocoding & Linear Predictive Coding Utilities, and Sound Forge 6.0.
Powered by